Fill out the form below to book your consultation.

Book a complimentary assessment with our Treatment Coordinator to discuss your concerns, treatment options and costs.

If you have an enquiry, fill out the form below and we'll get back to you. 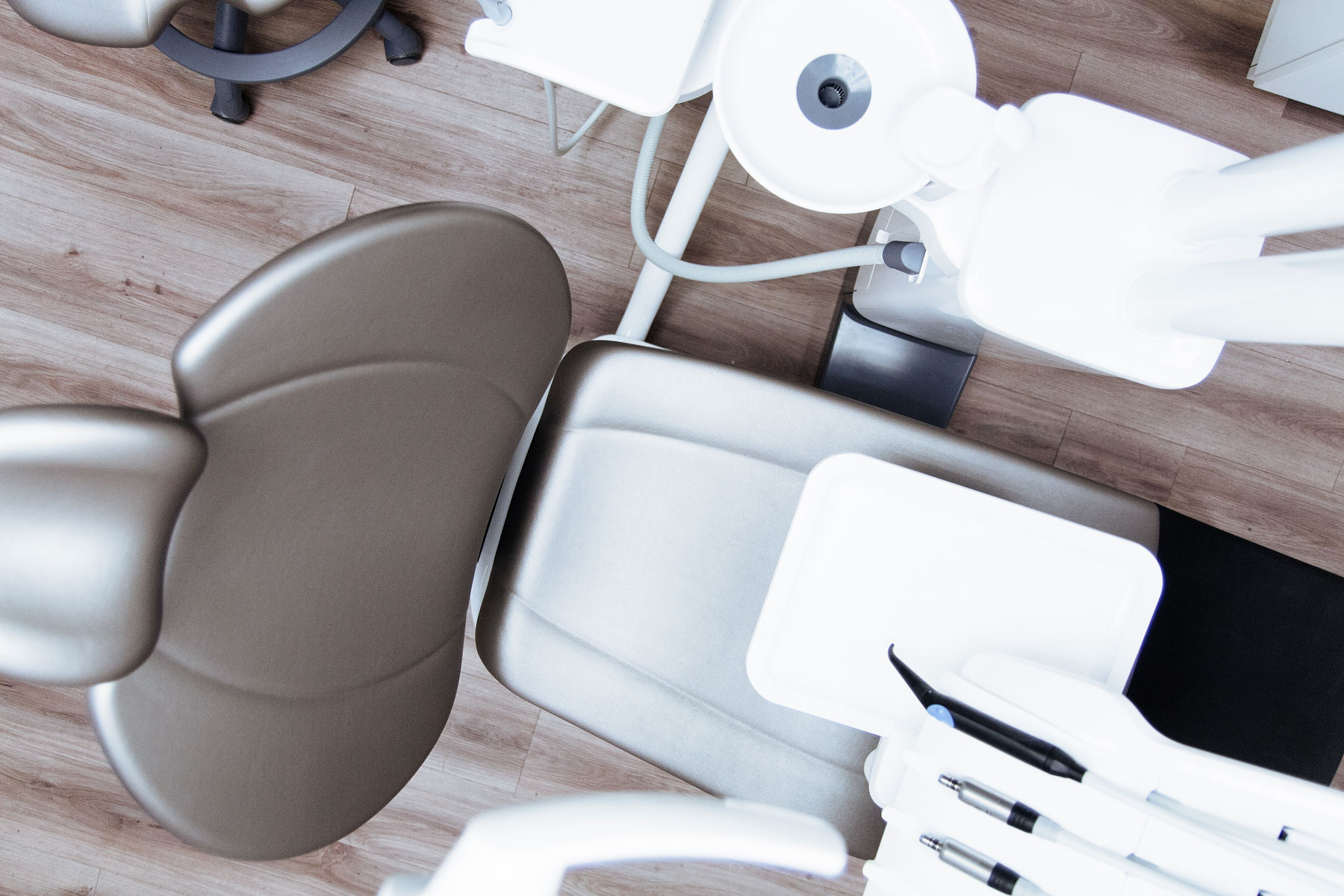 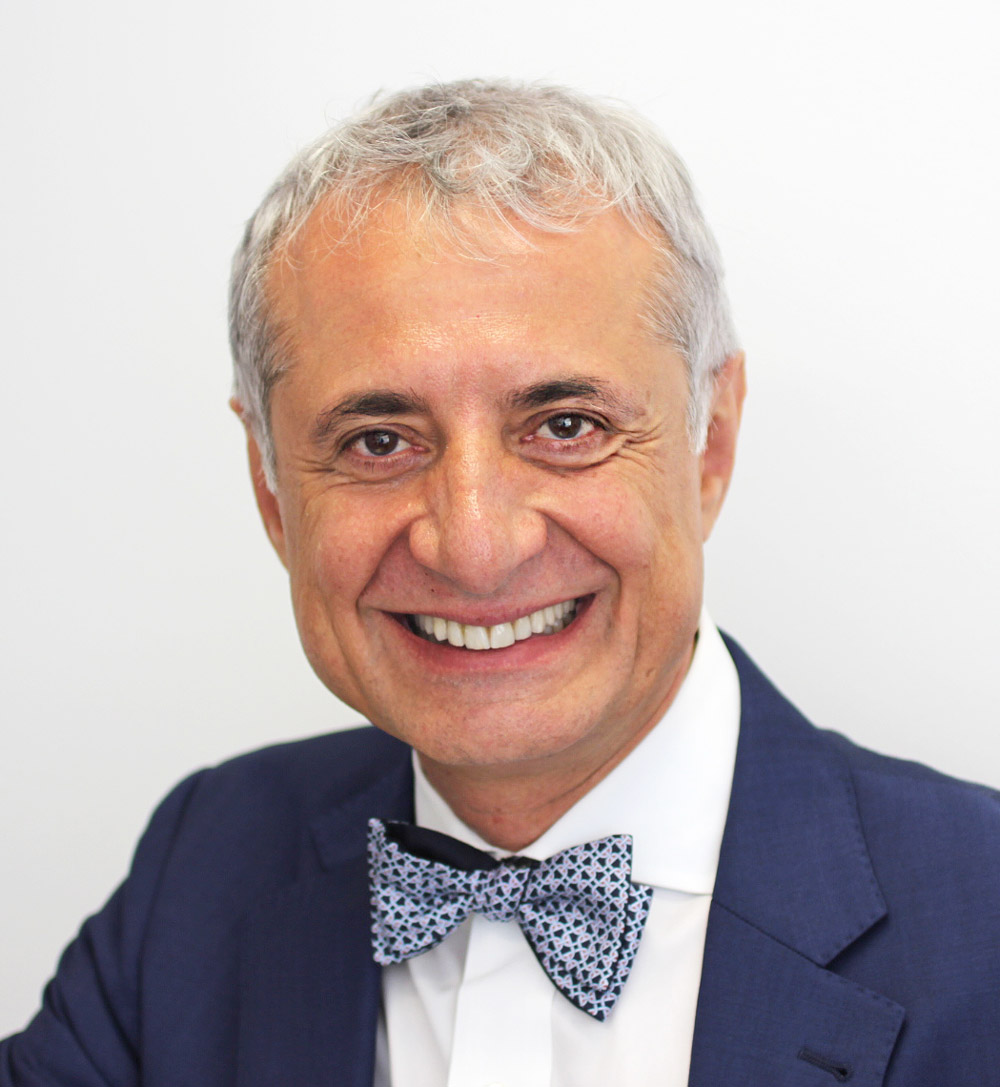 Professor Darendeliler is known for his fun-loving, friendly personality and his technology-forward thinking, which is reflected throughout the clinic.

Earlier in his career, Professor Darendeliler was a visiting assistant professor at the University of North Carolina at Chapel Hill. After being appointed Director of Post-Graduate and Research at the University of Geneva, he then spent six months at the University of Southern California in Los Angeles as a research professor. He has been a professor of orthodontics for close to 20 years, and has lectured widely in Europe, North and South America, Asia, Australia, and the Middle East.

Since relocating to Sydney, Ali has enjoyed the role of Professor of Orthodontics, lecturing locally, nationally and internationally. Ali loves a great Orthodontic challenge and is often called upon to treat patients with demanding clinical needs.

Ali speaks multiple languages including English, French and Turkish, and in his spare time, he enjoys cycling, travelling, fine foods and dancing. 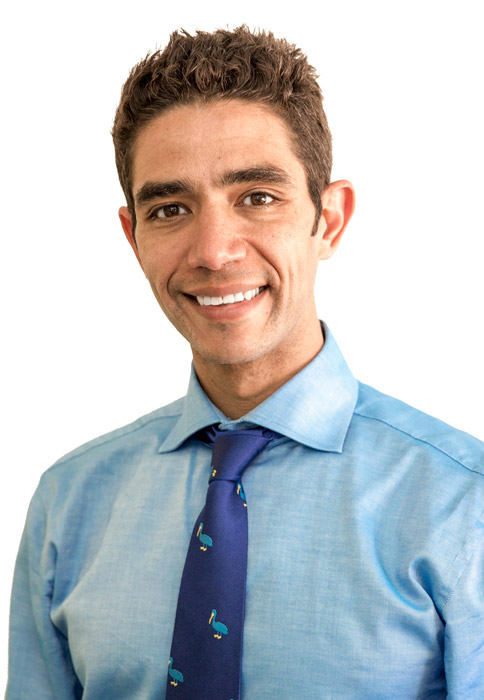 Nour has a particular interest in the use of aesthetic and invisible appliances, and is one of Australia’s leading practitioners of lingual braces (behind the teeth braces) such as WIN lingual braces. He believes that with today’s technology, every patient can be offered an invisible treatment solution.

Proudly one of the pioneers in using Temporary Anchorage Devices (TAD), Nour has been using them now for over 12 years. This technology greatly increases what is achievable through orthodontics for many patients with missing teeth and severe skeletal discrepancies. It has also expanded the treatment options for adult patients with complicated bite problems.

Nour also has an interest in teaching and research, and is involved in both fields at the University of Sydney where he is doing a part time PhD on the applications of TADs in the management of maxillary (upper jaw) deficiency in growing children. He teaches regularly at the Long Orthodontic Course, as part of the University of Sydney and lectures both nationally and internationally.

Nour is always at hand to talk orthodontics to our patients and is committed to providing the most outstanding and state-of-the-art orthodontic care. He resides in Sydney’s eastern suburbs with his beautiful wife and two daughters and when he is not creating beautiful smiles, Nour enjoys spending time with his family, participating in triathlons and is a keen cyclist. He also enjoys a round of golf- playing a handicap 5 in wistful years gone by. 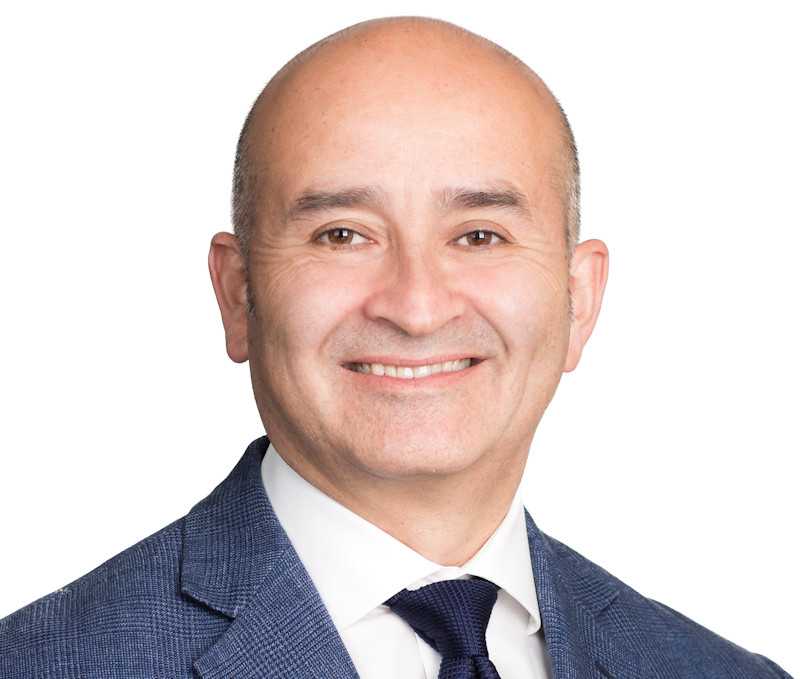 Dr Alcaino is a specialist paediatric dentist currently working in private practice, a past president of the International Association of Paediatric Dentistry (IAPD), a lecturer nationally and internationally, and involved in continuing education at a post-graduate and graduate level. He has over 10 years of board of directors’ experience with the IAPD. He has served in many roles with many professional organizations. Clinically, his passion is the topic of paediatric sedation, restorative care of young children and the business aspects of paediatric dentistry. He has completed a Masters of International Business/Law at The University of Sydney, which will further diversify his overseas commitments.

Dr Alcaino was born in Santiago, Chile, where he started his university training in dentistry; therefore, besides English he is fluent in Spanish language. He then moved to Sydney, Australia in 1983 where he continued his studies. After completing his Bachelor degree with honours (BDS-Hons) at the University of Sydney, he worked in general dental practice for eight years and has been involved in teaching since graduation. He has worked in specialist paediatric private practice since 1999. Dr Alcaino is a Clinical Associate Lecturer with the University of Sydney, a visiting specialist to the Westmead Centre for Oral Health (WCOH) in NSW and specialist dentist at the City West Specialist Day Hospital. He gained his Fellowship with the Royal Australasian College of Dental Surgeons (FRACDS- restorative dentistry) in 1992 and Membership in 2011 (MRACDS- Paediatric Dentistry). His most researched area in dentistry is paediatric sedation. After completing his thesis in general anaesthesia and further training in conscious sedation, he has lectured extensively on local anaesthesia, conscious sedation and general anaesthesia. He is a regular speaker at international congresses, has lectured annually at Harvard Continuing Education courses in the USA, and has organized many international and national events on this topic.

Dr Alcaino’s experience with the International Association of Paediatric Dentistry has resulted in a vast network of colleagues and contacts worldwide. This experience has allowed him to travel around the world continuously, visit many teaching institutions and attended many courses either in Australia and overseas; and has experienced firsthand how children are treated in different environments and cultures. He provides financial support to paediatric dentists presenting new research at international meetings. Many overseas dentists visit our private practice (Sydney Paediatric Dentistry P/L) for exchange and continued learning in a clinical setting. He has been involved with several IAPD committees; he is a past president of the Australian and New Zealand Society of Paediatric Dentistry (ANZSPD- NSW Branch) and a past Secretary/Treasurer of the IAPD congress held in Sydney in 2005. He is married, has grown twin daughters, two Labradors and likes soccer, fitness, fine dining and travelling. 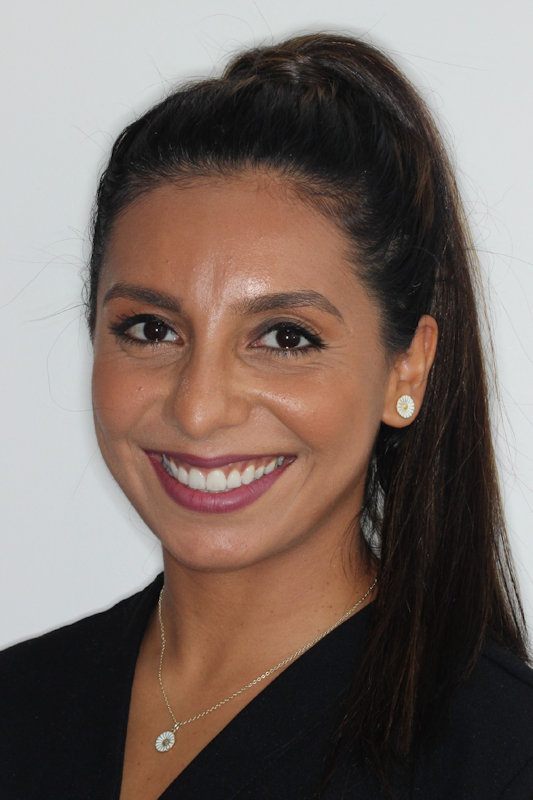 Hogai graduated from the University of Sydney completing:

Hogai works alongside Professor Darendeliler and Dr Tarraf in caring for our patients by carrying out orthodontic procedures and ensuring patients maintain optimal oral health during the course of their treatment. Hogai has a strong passion for promoting and providing preventative dental care and believes optimal oral health is an integral part of an individual’s overall health and wellbeing.

Hogai began working in orthodontics in 2010 and has since developed a passion for the field. When you meet her in person, her professional, friendly and gentle approach along with her passion and commitment to her role will not go unnoticed. She is hardworking, diligent, and approachable and will ensure all your needs and concerns regarding treatment has been addressed at each visit.

Outside the practice, Hogai enjoys spending time with her family, gardening and hiking. 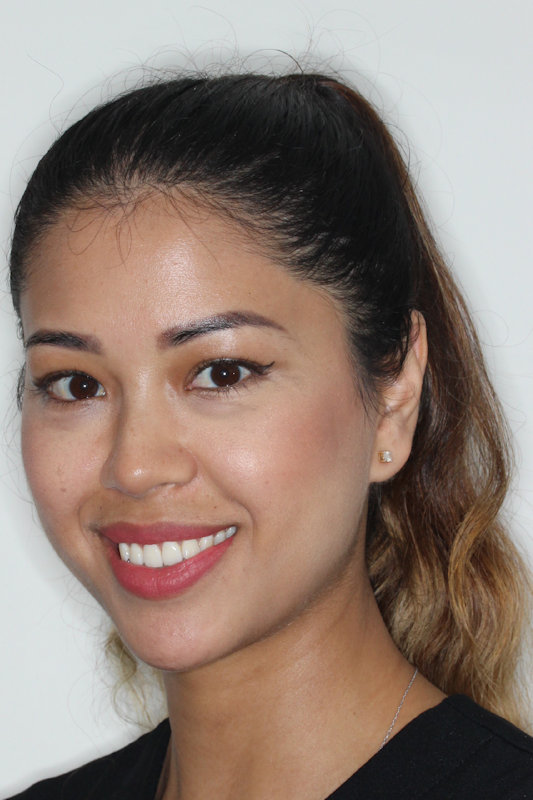 Preema graduated from Oral Health in 2011 from the University of Newcastle. She immediately started working in Orthodontics  with Professor Ali, however after a couple of years she wanted to make sure she was exposed to all facets of dentistry and hence worked in general practice for 6 years.

During those years she realised that her true passion was in orthodontics and has been back at it since 2018. She missed seeing her patients experience a surge in confidence as their treatment progressed. Preema has a passion in building strong raports with her patients.

In her free time Preema tries her hand at being an amateur foodie, and is always up for an adventure. In the last few years she has taken up a great intrest in makeup and fashion, and when the opportunity presents it self, modelling for a few niche designers. 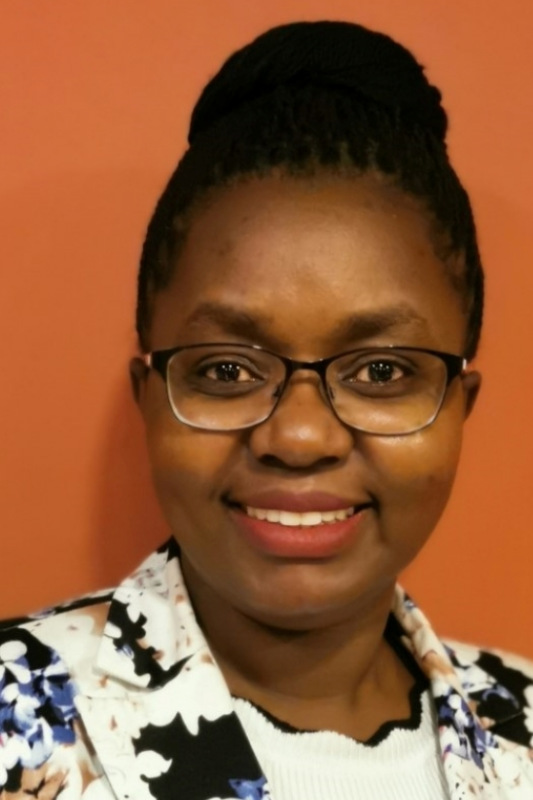 Ann has over 15 years’ experience in Administration and Finance, both locally and overseas. She graduated from the Australian Catholic University with a Bachelor of Commerce and has been working in Health since. She is currently undertaking her master’s degree at Macquarie University and loves to see the confident smiles on Patients, after completion of their Orthodontics treatment. 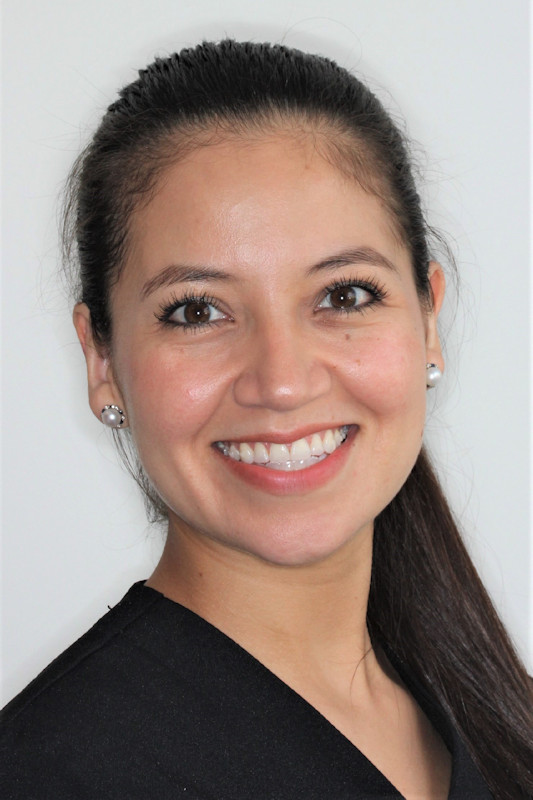 Maria is originally from Mexico, she has worked in the Dental field for more than 8 years. She moved to Sydney in 2017 and joined the LSO team.

Maria is very happy to be a part of the Lifestyle Orthodontics family and meet the individual needs of each of our patients. 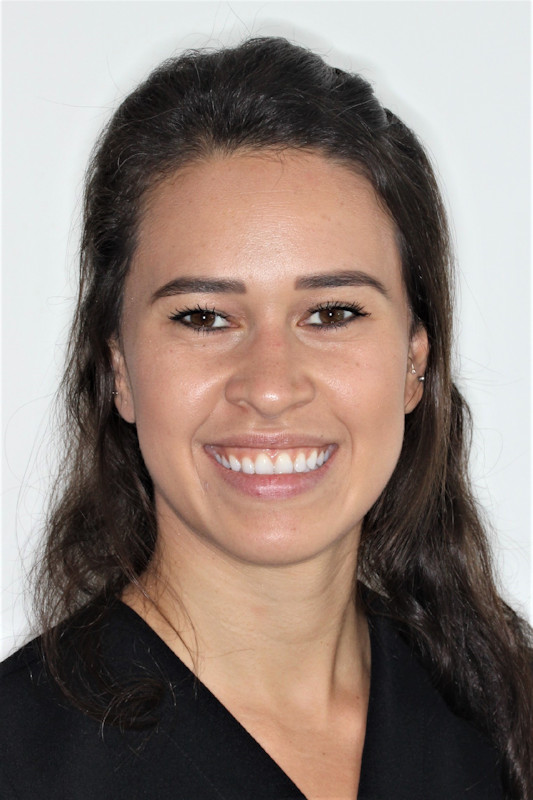 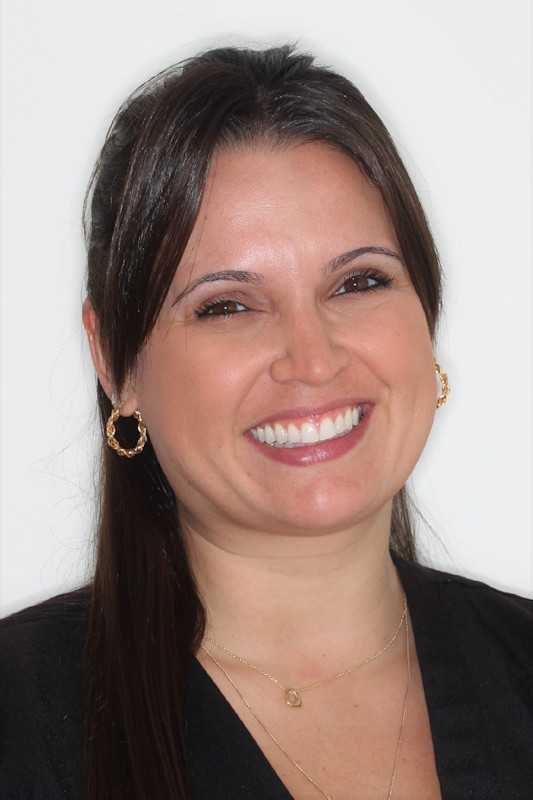 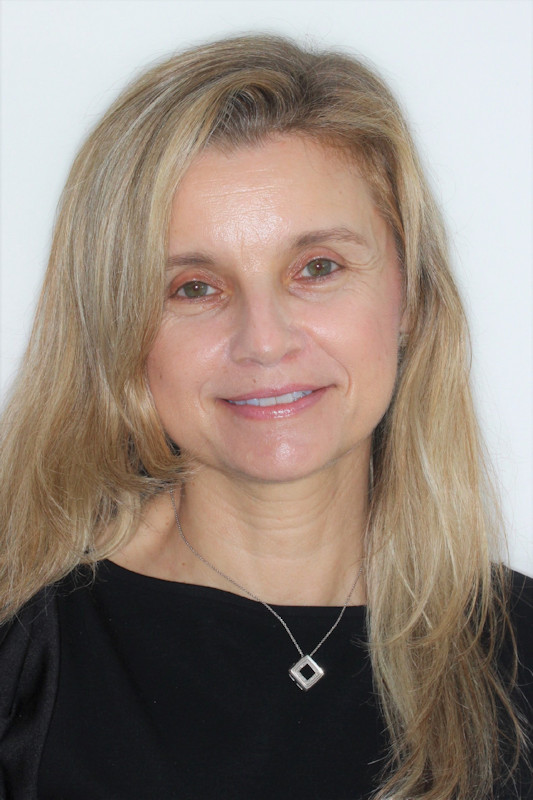 Vivienne has been working in the dental industry for the past 7 years. Vivienne joined our Lifestyle Orthodontics team in August 2020 as front office receptionist.

She loves interacting with our patients and seeing their happy faces. She is so happy to have found a beautiful place to work.

She enjoys pilates and walking her dogs and has a passion for baking healthy treats. 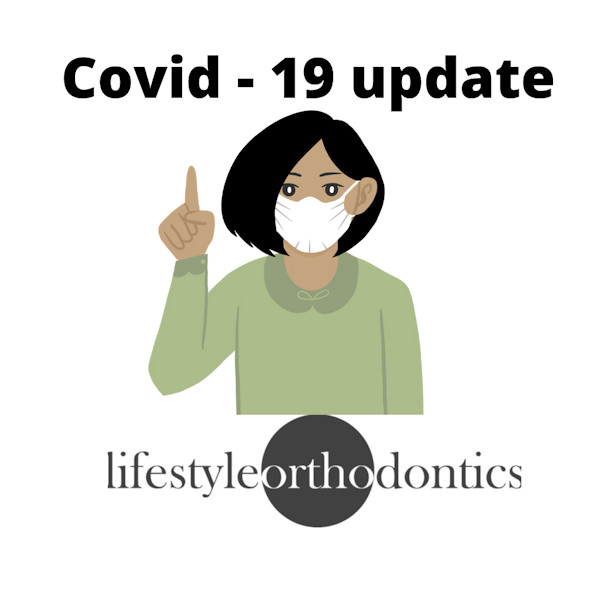 NSW Government has extended the stay-at-home orders across all of Greater Sydney until midnight Friday 9, July. NSW Health have advised that providing medical care (including dental care) to the community is considered an essential service for leaving home under stay at home orders.

In response to this, the mandate does not require the closure of our practices and we still are operating under Level 1 dental restrictions. Lifestyle Orthodontics have heightened alert but will remain open for all appointments during this lockdown period. As information from NSW Health is constantly evolving we will continue to update you during this period if needed.

It is important that we all play our part in preventing the further spread of COVID-19. So we wanted to highlight some of our ongoing COVID-Safe measures we are taking to protect our community:

CHECK IN
All patients are only allowed to bring a maximum of one support person.

All visitors are also required to check in COVID Safe Check-in with the Service NSW app when visiting our clinic.

FACE MASKS
It is mandatory to wear face masks inside our clinic as per NSW government recommendations.

COVID-19 SCREENING
We will continue screening every patient and visitor that comes through the practice. Screening questions on arrival ensures we are not treating anyone who is at risk of COVID-19 infections.

If you have any COVID symptoms; have been to an exposure venue; and/or have been identified as a close contact of a confirmed COVID case, please contact us immediately to reschedule your appointment.

CLEANLINESS & HYGIENE
Hygiene has always been a main priority across our practices even before the pandemic struck. We have continued our usual high standards of infection control with decontamination of the clinic after each patient. Customer service areas are also decontaminated throughout the day.